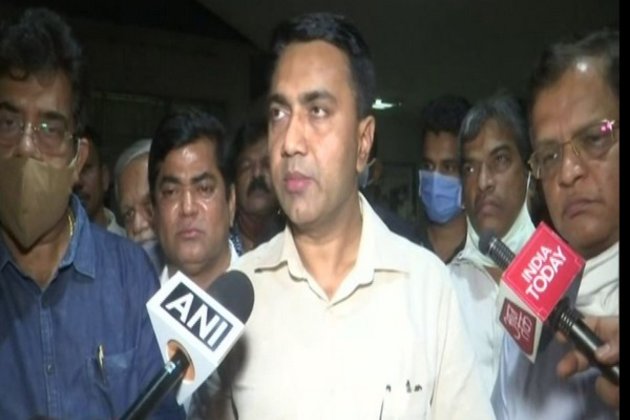 Panaji (Goa) [India], January 12 (ANI): Goa Chief Minister Pramod Sawant on Monday said that Union Minister Shripad Naik, who was injured in a road accident in Karnataka on Monday is out of danger and in a stable condition.

"All the health parameters of Union Minister Shri Shripad Bhau Naik are stable and he is undergoing treatment at ICU of Goa Medical College," Sawant tweeted.

Sawant while talking to media said, "He is out of danger and his health condition is stable. Two minor surgeries would be performed on him tonight. As of now, there is no requirement to shift him to Delhi for treatment."Vijaya Naik, the wife of Shripad Naik along with a close aide of the minister died after suffering serious injuries in the accident that occurred in a village in Ankola Taluk of Uttara Kannada district in Karnataka.

"The State Government is properly managing the treatment of Sripadji. Pray to God that Shripadji recovers soon," Singh tweeted in Hindi.

Union Minister of Petroleum and Natural Gas and Steel Dharmendra Pradhan paid his condolences and said, "Shocked and pained to learn about the tragic death of Vijaya Naik in an accident. Wishing for the earliest recovery of Shripad Naik. Hope he is out of danger soon. Also, pray to Mahaprabhu Jagannath to give Shripad and family the strength to overcome this loss,"Union road transport minister Nitin Gadkari said he is "anguished to hear about the demise of Vijaya Naik ji in a road accident. Praying for the quick recovery of Shripad Naik, may God give him and his family the strength to overcome the loss."Naik is Union Minister for AYUSH (Ayurveda, YogaNaturopathy, Unani, Siddha and Homoeopathy) and Minister of State for Defence. (ANI)