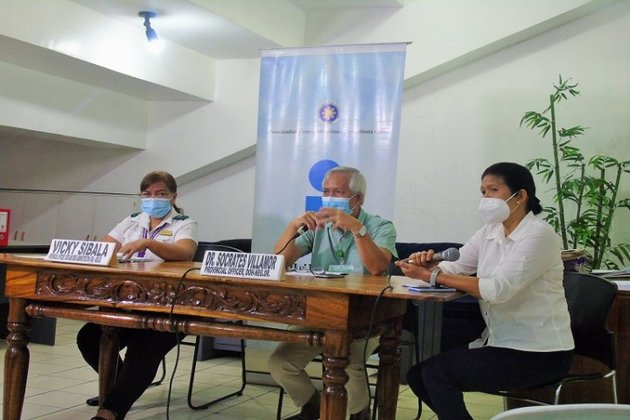 DUMAGUETE CITY, Nov. 20 (PIA) -- Health officials in Negros Oriental cautioned the public from buying medicines online, stressing that people should only purchase their medicines in legitimate pharmacies and drug stores.

This reminder came as the country observes National Consciousness Week against Counterfeit Medicines (NCWM) this third week of November.

Sibala explained that although counterfeit medicines may not have an effect on the body, it could lead to the worsening of a person's illness.

Department of Health (DOH) Provincial Officer Dr. Socrates Villamor also added that taking counterfeit medicines may lead to other complications since it does not contribute to the curing of the disease.

"Kung paracetamol, it is found out na iya active ingredient is less than 80 percent gi-consider man siya as counterfeit, ang iya effect dili siya makapa-usos sa hilanat. Practically wala siya effect. Kaning sa mga antibiotic, ang mahitabo ana mo-progress imong sakit. Mo-progress imo infection. It could be (na) ma-worsen or (lead to) other complication (In the case of paracetamol, if the active ingredient is already less than 80 percent we consider that as counterfeit already. This will not help you recover from flu. Practically it has no effect. In the case of antibiotics, it does not treat the infection, it could lead to the worsening of your condition or other complications)," Villamor explained.

Based on Republic Act 8203, a drug is considered counterfeit if it has the wrong ingredients, does not contain active ingredients, the amount of ingredients is below 80 percent, and has fake packaging.

Villamor also noted that if a medicine is imported from other country, it is also considered counterfeit if it is not approved by FDA.

Although it takes further verification and testing at the FDA laboratory before the agency declares a medicine counterfeit, Sibala said there are signs that could indicate if a drug is fake.

She advised the public to look at the shape of the medicine and check if it is a proper circle or oval.

If it does not look a perfect circle or oval, then it could be a counterfeited drug.

Sibala also urged consumers to read the packaging and check on the manufacturer label, expiry date, and lot number.

The public is encouraged to file a formal complaint before the FDA if they notice something dubious in the details encoded in a medicine's packaging.

FDA will send samples to their Center for Drug laboratory for confirmatory tests.

In case the medicine was imported abroad and the purchase was made online, Sibala said the Bureau of Customs prohibis the entry of imported medicines for personal use in bulk as recipients should only have medicines good for one month's supply.

On this, she emphasized the risk that the money used to buy this medicines will be forfeited since the items could not be delivered to their respective places.

Aside from this, there might also be other risks associated in consuming the item especially if it is not registered with the FDA.

"Refrain from ordering sa online kay naa mga orders ninyo na dili i-serve sa Bureau of Customs so ang inyong kwarta masayang ra kay dili siya fortfeited kay dili siya i-allow sa customs na i-deliver sa inyo kay bulk inyo pinalit. Ug makapalit pod mo ug minimum ug ma-serve sa inyo na that is dangerous to your health kay dili mo sure kung unsa na siya na produkto kay unregistered man siya (Please refrain from ordering online. In case you bought medicines in bulk, the Bureau of Customs won't allow it to be delivered in your homes. Your money will go to waste since the items will be forfeited. Meanwhile, if ever you were able to purchase in minimum and was able to receive it, it could still be dangerous for your health because you are not sure what it is and because it is unregistered)," Sibala pointed out.

On the other hand, Sibala reported that so far, the FDA noticed there are no counterfeit medicines circulating in Negros Oriental. (ral/PIA7-Negros Oriental)